Brundish dead in the Great War
Notes for a poetry reading to commemorate the centenary of the Armistice,
11 November 2018
By Paul Smiddy 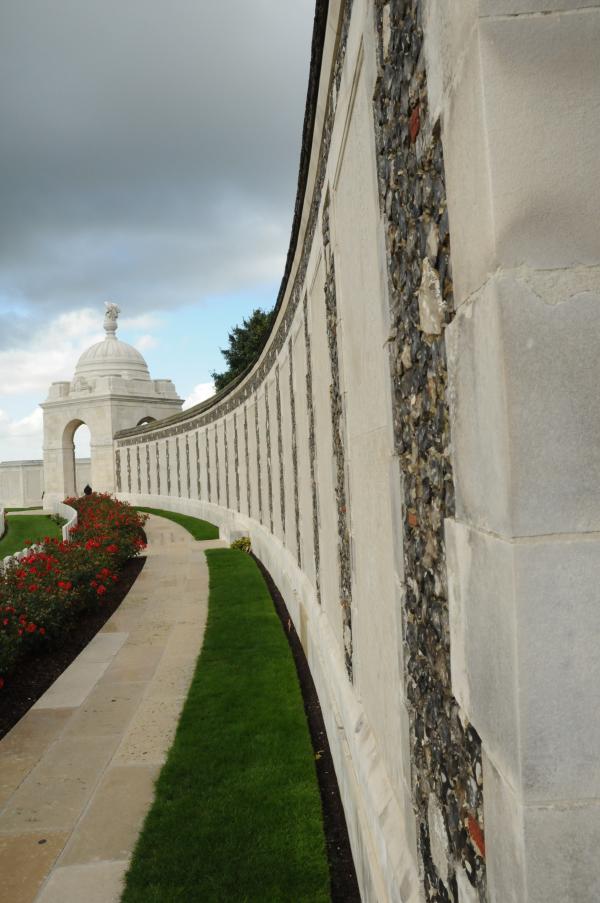 Brundish was a parish of 2120 acres and c 326 pop (in 1901). Across the UK an agricultural depression had meant 3m acres returning to pasture. We as a nation only grew 20% of our wheat consumption; almost half of meat & cheese were imported. Farmers and farm labourers were therefore valuable. However, most farm labourers existed below the poverty line.
The Regular Army mobilised on 4/8/14; this declaration of war coincided with summer camps of Territorials – those ‘terriers’ never went back to their civilian work. In October 1914 the minimum height to enlist reduced from 5’8” to 5’3”. By Christmas 1914, 1.186m had volunteered.
Food prices started rising; horses started being requisitioned – by June 1915 8% of heavy horses, and 25% of saddle horses, were in the Army’s hands.
By Spring 1915 the Government knew the war was going to take many more men than voluntary enlistment could provide. Legislation was enacted to discover how many men were available for service and what they were currently doing.
The Military Service Act followed in Jan 1916. All unmarried men between the ages of 19 and 41 to be enlisted unless they had been exempted - with effect from 2/3/16. Zeppelin raids started (including on Suffolk). In May 1916, enlistment age was lowered to 18, and scope now included married men. That summer the Army Service Corps toured the country with haybalers to help with the harvest. Many villagers believed stories that they were parts of anti-aircraft guns or tanks! Some soldiers were temporarily released to help with the 1915 harvest. Employment of women on the land created social problems in the short-term.
Farmers were exempt from conscription, their sons were not. So some farmers ‘retired’, and handed farms to sons. The Military Services Act scooped up our men. But many farm labourers found the Army an “acceptable alternative to rural life”.
See for example the fictionalised account of Suffolk life in ‘Akenfield’: “When the farmer stopped my pay ‘cos it was raining, and we couldn’t thrash, I said to my 17 year-old mate ‘Bugger him. We’ll go off and join the Army’”. After 34 months training he realised that ‘for the first time in my life there has been no strenuous work’. Both he and his fellow labs ‘were all damned glad to have got off the farms’.
Because of conscription, WW1 was known as the “first literary war”, due to the number of poets and writers.
So there was massive pressure on farmers to produce more with fewer workers. Women working on the land were only paid 12s/week. Food rationing started in 1917. The rural poor were hit hard by bread rationing.

19 men from Brundish, or with strong connections to it, were killed. All were in the Army, and were enlisted men – there were no officers, nor any members of the Royal Navy or Royal Flying Corps.

(After each name is noted their battalion, regiment, then place of burial or memorial)

August 16 David Green (4 Suffolks, Thiepval) aged 19, lived at The Mill, with parents David (a corn miller) and Harriet, he had a younger sister and brother (too young to fight).
4th Suffolks were a TA bn; he enlisted at Ipswich;
15/7/16 they moved to Shell Valley, on the Somme; 21/7 they fought at Mametz Wood

August 21 William Howard (1/4 Suffolks, Heilly Station) age 32, lived with parents Charles & Harriet somewhere in Brundish. Both Pa & he farm labourers.
(1/4 was started in 1914 in Portman Rd), he would have been on the Somme; buried well behind the lines, NE of Amiens.

In the UK the harvest was difficult, but crop prices were 68% higher than 1914.

October 26 Percy James Smith (1 Middlesex, C Coy, Thiepval) age 21; lived with John & Alice at Wilby Green, (but post-war they moved to Bentries Farm, Easton); Pa & he farm labourers; brothers Russell and Charles William also of fighting age
Died somewhere on the Somme.
December 9th Frederick Rumsey (1 Essex, Thiepval) age 25; lived with father George on Thoroughfare Rd; Pa was a road labourer, he a farm labourer, brothers Harry & Albert of fighting age, both miller’s carters; he enlisted at Fram; he married Jessie May (née Pipe) in Q1 1916.
The battalion were in Gallipoli, but transferred to France; in December at Rancourt and Sailly-Saillesel on the Somme (south of Bapaume). 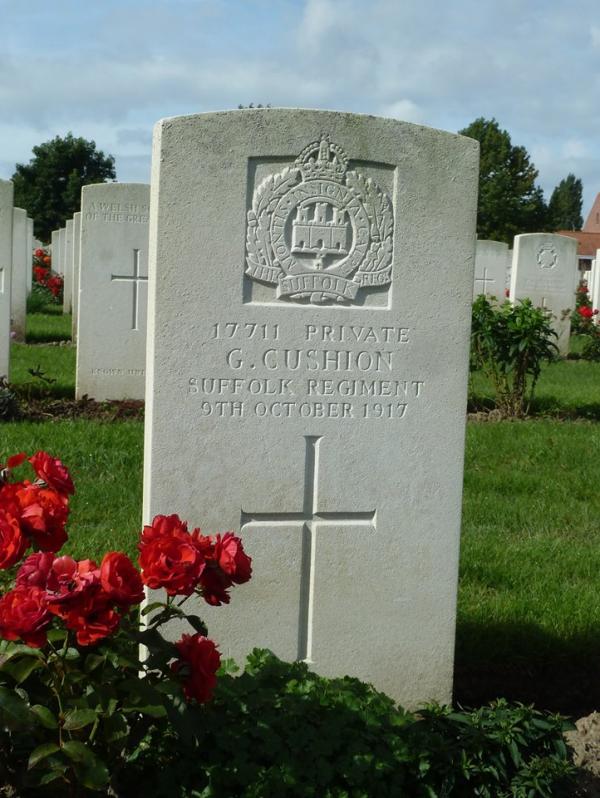 War Office announces it will take another 30,000 men from the land.

January 14 Alfred John Foster (1/4 Suffolks, St Sever extension) age 28; lodger with widower Jonathan Pipe in Church Lane; AJF was a farm labourer
¼ Suffolks were not I think in action at the time; he died of wounds - St Sever cemetery in Rouen was used to bury those who died at a nearby military hospital.
April 28 Charles William Smith (7 Suffolks, Feuchy Chappelle) age 20; brother of Percy James above. A cattle boy.
(7 Suffolks raised 1914 at BSE; 9-14 April, 1917 in 1st Battle of the Scarpe, Battle of Arleux – E of Arras; and cty is just E of Arras)
“25 April 1917 Moved to railway Triangle at 4.15am. Took over from 17th Division and took over front line in the evening. Details in Arras. Left Railway Triangle at 8.30pm and went into support. Relieved West Yorkshire Regiment, 17th Division.
26 April 1917 Remained in support. Fairly quiet. 27 April 1917 Remained in support. Fairly quiet. 28 April 1917 Brigade attacked lines in front of Pelves, Norfolks right, Berks. Left Suffolks to pass through Berks and capture objective. Zero was at 4.28am.
Battalion left sunken road just behind front line at 4.45am in artillery formation.
Heavy barrage and machine gun fire and attack failed, unable to advance beyond Bayonet and Rifle Trenches.

May 17 Reuben Lyon (1 Norfolks, Arras Mem) age 31; some sources say he was missing in action since 18/5/17; his parents lived in Royston, Herts; enlisted in Ipswich; I do not know his connection with Brundish.
The 1 Norfolks were involved in the Third Battle of the Scarpe – and he possibly died in the Battle of Bullecourt (which was 3-17 May).

June 5 William Pipe (142 Siege Bty RGA; Calais South) age 28; son of Elizabeth (widow), probably had moved away from Brundish by the time of the 1911 Census.
He most probably died of wounds in a field hospital, as Calais was far from the front line.
Farmers required another 50,000 men to help with the summer’s harvest, but Passchendaele rather got in the way.

Sept 26 Albert Victor Leek (4 Suffolks, Tyne Cot Mem) Born Hoxne, age 19; b Brundish 1898 (bapt Dennington); to William Robert & Charlotte Leek, he an agricultural engine driver. In 1911 they lived at Hill Cottage, Brundish. He had 2 older brothers, George & Percy, of fighting age.
Enlisted in Framlingham; KIA, very probably at 3rd Ypres (Passchendale)
Sept 27 Harry Rumsey (4 Suffolks, Tyne Cot Mem) age 25, miller’s carter, bro of Fredrick see above. Most certainly died at 3rd Ypres (Passchendale) also.
Sept 28 Albert George Rumsey (26th Royal Fusiliers, Goderswaersvelde Brit) age 21, miller’s carter, bro of Frederick and Harry, married to Dorothy (née Pipe). So the parents, George and Sarah Ann, only had their eldest son, John, left. Interestingly Albert enlisted at Shepherds Bush (had he left for London after the 1911 Census?).
26th RF was a ‘service battalion’, known as the “Bankers’ Battalion” , being comprised mainly of former bank clerks and accountants (so Albert would have been somewhat out of place!). A colleague wrote that September to his wife: “proving our superiority cost a terrible loss of valuable life. Things at times seem so hopeless, the outlook so gloomy, and home and you seem so far away… a very severe bombardment has been in progress on our left for the past 12 hours…”
Albert died of wounds received in action (at Passchendaele) on 28th September 1917, the cemetery is well west of Ypres.

October 9th George Cushion (11 Suffolks, Cement House) age 24, son of widower Thomas, a farm labourer, all lived near the Bell Inn; George’s 2 younger brothers were too young to fight.
11th (Service) Bn was the Cambridgeshire Pals; he very probably died in the Battle of Poelcappelle (near Ypres)
Geoff Robinson of Worlingworth says re early October 1917.... "Within a few hours of its arrival in the Salient, the battalion moved north and spent the next three days engaged in repairing roads in the forward area close to the front line. This unpleasant task, carried out in daylight and in vile weather, under constant shelling and machine gun fire, cost the battalion over fifty casualties. George Cushion was likely to have been one of those casualties." 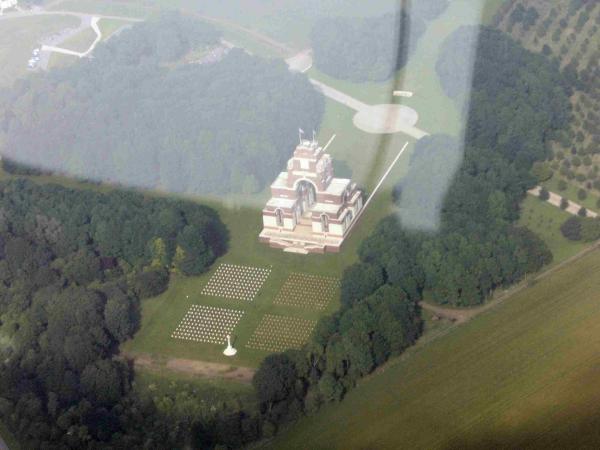 2/7 West Yorks were otherwise known as the Leeds Rifles; in June 1916 they had moved from Salisbury Plain to Somerleyton (which is possibly how Charles was recruited into them); landed Le Havre Jan 1917, fought Somme, Arras and Hindenburg line. Unit disbanded June 1918.
The cemetery where Charles is buried lies North of Beaumont Hamel.

Another 30,000 farm labourers called up

Sept 22nd Frederick Robert Leggett (1/1 Cambridgeshires, Wilby); Age 23, son of Robert Leggett of St Edmunds Farm. Awarded the Military Medal, and died in hospital in Wigan.
The 1/1 Cambs’ attack on Epehy (NE of Péronne) started on 18th, in miserable wet weather with driving rain. In 1 Coy, every officer was killed or wounded. Bitter close quarter fighting. When Fredrick was killed: “now heavily depleted Battalion held their sections of Room and Ockenden Trenches, slowly expanding forward with a series of posts.”

October 24th Herbert George Burgess (11 Suffolks, Vendigies Crossroads) age 21, b Hoxne
His father was Arthur, but possibly he was related to Robert & Emma Burgess, who lived on Stradbroke Rd.
Vendigies is NE of Cambrai
At 4 a.m. on that date the 61st Division attacked over the river Ecaillon, and within two hours the battalion had taken all its objectives, together with 110 prisoners, some trench-mortars, and machine guns. Shortly afterwards the brigade next on the left having been held up outside Vendegies, the enemy vigorously counter-attacked the leading company from the rear, forcing them to form a defensive flank. Touch with the left was not regained until the evening. At nightfall the enemy withdrew from Vendegies under pressure from the 19th and 61st Divisions, and early the next morning the line of objective was established. On October 25 the battalion marched to St. Martin and La Folie to reorganise." Herbert was one of 34 men of the Suffolks killed on that day, & buried there.

12th were the Bermondsey Bn; he was possibly involved in the aftermath of the Battle of Courtrai

To put our losses in context:

In the UK Army Other Ranks had a 12% chance of being killed. For Officers this was 18%, for public school boys (who inevitably went straight to being a junior officer in the Infantry) 20% +.
So statistically this would imply 158 Brundish men enlisted in the Army. That seems unlikely given the size of our community. The conclusion is therefore that we suffered disproportionately. If 19 were killed, averages suggest probably around 57 were wounded. Again, a large number for our population.
Those that returned had their horizons immeasurably widened. We have talked of men; but remember also the slaughter of Britain’s plough horses on the fields of Flanders - this accelerated the advent of tractors on our farmland.
Remember that there were c. 1/2m British men who died with no known grave.